Review of the GEF Earth Fund 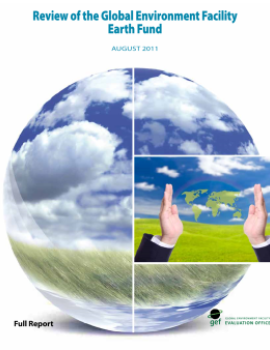 The review of the Global Environment Facility Earth Fund was conducted from June to August 2010. The review included four areas of assessment: compliance with Council decisions, review of earth fund activities, engagement with the private sector and the efficiency of the Earth Fund. The GEF Earth Fund derives from the Public-Private Partnership Initiative established in 2007 as part of an effort to enhance engagement with the private sector. In 2008, the Public-Private Partnership Initiative was renamed the Earth Fund and was restructured to leverage private sector funding.