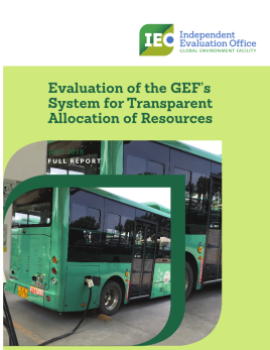 In September 2005, the GEF Council agreed to implement a resource allocation framework for the GEF 4 replenishment period. Implementation of the resource allocation framework started in 2006 and it covered biodiversity and climate change focal areas. During its implementation, several weaknesses in its design such as group allocations for some countries, a 50 percent ceiling on resource utilization within first two years of replenishment period, and inadequacy of set-asides, became apparent. Based on the recommendations of the Mid-Term Review of the Resource Allocation Framework (GEF IEO, 2008) the framework was updated for the GEF-5 period. The framework was renamed as System for Transparent Allocation of Resources (STAR).

The revised STAR for the GEF-5 period included several new features: group allocation was dropped - all recipient countries were covered through country allocations; flexibility for cross-focal use of allocations by countries was provided; a GDP based index was added to account for socio-economic factors; focal area set-asides were increased substantially; and, STAR coverage was expanded to include land degradation focal area.

The recommendations of the Mid-term Evaluation of the System for Transparent Allocation of Resources (GEF IEO, 2014), along with discussions during the GEF-6 replenishment negotiations, led to several changes in the STAR for GEF-6 period. Important changes include: an increase in the aggregate floor for the LDCs to $ 6.0 million3; increase in weight of the GDP index exponent from -0.04 to -0.08; increase in marginal adjustment for countries with allocations in the $ 7.0 million to 100 million range; and, slight decrease in the country allocation ceiling for the climate change focal area. 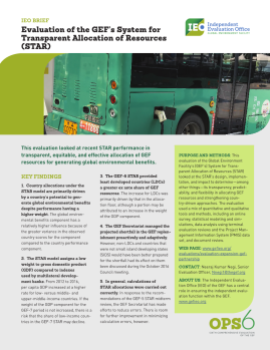 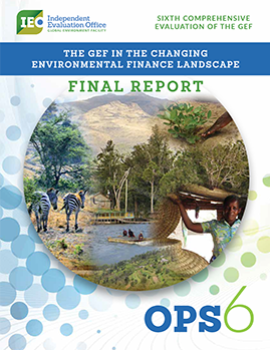