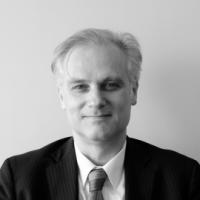 The Global Environment Facility (GEF) was established in 1992 to finance multiple international environmental conventions, with projects addressing one convention at a time. In 2014, increased awareness of the interconnectedness of today’s environmental problems led the GEF to introduce an integrated approach. This major reform aimed to address the main drivers of global environmental degradation and deliver benefits across the conventions.

Since its introduction, the integrated approach has gained increasing prominence. More than $1 billion has now been allocated for integrated approach programming through 95 projects in 56 countries. Integrated programs planned for the GEF’s latest funding cycle, GEF-8, are expected to represent roughly 30 percent of total financing.

To enable transformational change at scale, integrated programs must identify and address the root causes of environmental degradation. Initial integrated approach pilots incentivized participation of large GEF recipient countries such as Brazil, China, and India, due to their scale and corresponding environmental influence. This strategy evolved to also encourage participation from smaller GEF recipients including least developed countries, as the GEF’s leaders saw a need to strengthen support for environmental objectives within an ever-growing set of wider socioeconomic development priorities.

The GEF’s Independent Evaluation Office (GEF IEO) assessed these integrated programs in 2017 and 2021, including typical consideration of program relevance to allow fine tuning of thematic and geographic targeting. In 2017, GEF IEO found that GEF integrated approach pilots were relevant to the objectives of several multilateral conventions, and that site selection was based on sound criteria, even if communication with relevant countries and agencies during selection was weak.

While the 2017 evaluation relied mostly on surveys and interviews, the 2021 evaluation added quantitative geospatial analysis. This geospatial analysis helped to demonstrate that addressing the drivers of environmental degradation through geographic targeting with relevant agencies and countries—has been largely successful, with few exceptions. Program synergies were primarily found among biodiversity, climate change, and land degradation objectives, but there is scope for stronger integration with international waters and chemicals and waste. The analysis also revealed that limited participation of small island developing states in integrated approach pilots was a missed opportunity.

To quantify these conclusions, GEF IEO created Spatial Relevance Indexes (SRIs) to map environmental degradation drivers, highlighting areas where multiple drivers overlapped. This showed that GEF food systems programs did well in selecting countries for projects—of the 43 countries selected, 13 had very high spatial relevance, while 34 (79 percent) had at least moderate spatial relevance. The analysis also identified other highly relevant countries that could be included in similar programs in the future.

These results validated the decision to base GEF Resilient Food System (RFS) integrated approach pilot projects in Sub-Saharan Africa due to its concentration of large, food-insecure populations and smallholder farmers. However, nine countries did not have at least moderate spatial relevance, meaning projects were not geographically targeted to address key environmental indicators or were situated in areas without significant commodity agriculture. 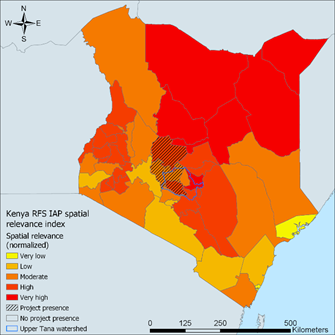 A mixed picture from subnational targeting

Subnational analyses showed a more mixed picture: some project areas within countries had high spatial relevance, but others did not.

Some projects prioritized key environmental and commodity indicators over others. For example, in Kenya, the project was located in an area with relative food security, which was also critical in supplying water to big population centers. The project location may have been based on protection of a key ecosystem rather than food security.

Similarly, a project in Brazil was in an area of rapidly increasing deforestation, rather than in an area of economically disadvantaged smallholder farmers. This strategic choice aligns with the GEF’s global environmental mandate.

The limits of spatial data in decision-making

There are additional factors that cannot be easily represented, which also spatially drive project location decisions. First, GEF financing is designed to empower governments to choose how to fund projects. This means that governments must be invested in programs to find suitable GEF-accredited agencies to co-design and often co-finance them. Some governments in countries with high spatial relevance may not be interested in pursuing a project for domestic reasons. Second, countries or GEF agencies may lack the necessary capacity or partners to design a competitive proposal for an integrated program—which can be more complex to design than a single focus GEF project.

GEF IEO’s assessment of the spatial relevance of both thematic drivers and geographic targeting is intended to inform future GEF programming. This work will help program designers to target areas for expansion that may not otherwise be obvious, as the GEF continues to invest in integrated, holistic, multi-country programs in the GEF-8 funding cycle and beyond.